Whose media? Which people? 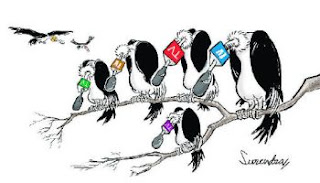 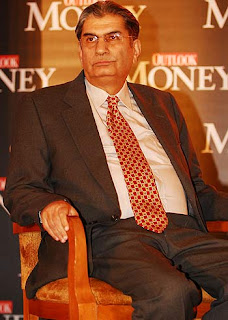 Ah, Bombay...
Falling to the mother of all security lapses

Could this be happening to the "city of dreams"? Our very own Mumbai? The city is no stranger to terror attacks, but the scale, audacity, flamboyance and planning of this assault takes one’s breath away. As the faces of anonymous, but not hooded, assassins flashed on TV screens, one thing became quickly clear. These gentlemen were looking for maximum exposure in maximum city. And what a spectacular success, from their perspective, the operation has been. Will Mumbai ever be the same again?
As an ex-Mumbaikar, I was reared, physically and intellectually, at one of the terrorist’s first targets: Leopold Cafe. In my time, it was a slightly shady, downmarket eatery patronised by hippies and harlots. My interest lay mainly in the mutton dhansak and dodging the gaze of the Parsi owner whose temper was legendary. He preferred his customers to eat and scoot. And my preference was long lunches and chatting up the better-washed female hippies. The Oberoi and the Taj were second homes. It was at the latter that my first publication, Debonair, was launched. Remembering the generous spirit and cosmopolitan character of Mumbai and its magnificent landmarks in the past tense may be a trifle unfair to a city which has suffered horrendously through terror assaults, but always displayed a remarkable capacity for fast recovery.
Although I have been living in Delhi since the early ’90s, I left my heart in Leopold Cafe. All of which shows that my heart, if nothing else, is in the right place. While our politicos indulge in shouting matches on Islamic terrorism or Hindu terrorism, India bleeds with terrifying regularity. How could close to 20 (if not more) terrorists, armed to the teeth with Kalashnikovs and hand grenades, casually enter a metropolis heavily guarded and heavily warned? How could they get into world-famous hotels, which allegedly are on high alert currently, and leisurely prepare and execute their diabolical deeds? This is the mother of all security lapses.
Our intelligence-gathering network is in a shambles. The tragedy is that everyone, even Ramu the cook, knows how rundown IB and RAW are. Why didn’t these assassins, the harbingers of global terror to India, strike at London, Paris, New York, Sydney? Why did they specifically choose Mumbai? No prizes for coming up with the correct answer.
All of us ex-Mumbaikars can only shed tears for our beloved town. Coming home late on Wednesday night, my wife whispered: "They’ll hit Delhi tomorrow." Or Bangalore or Chennai. Though it didn’t materialise, the original decision of the Prime Minister and L.K. Advani to go together to Mumbai was a good beginning. But I fear the unity won’t last long. Soon we’ll be back to the nasty Afzal Guru-Sadhvi slanging. I hope I am wrong.
Posted by suddimaatu at 10:30 PM 4 comments:

Dear Editor,
The mayhem in Mumbai

A few thoughts on TV coverage, which I thought you could publish and start a
debate since I think it is high time we brought under TV channels under some
kind of regulation.


First of all, was it necessary to provide 24-hour coverage of the hostage
crisis? Did it do anything for the viewers, the security forces, the
helpless hostages, Mumbai city or the nation except to make matters worse
for all concerned? According to the security forces, the TV channels had
helped the terrorists and were directly responsible for the death of the
Times of India journalist who was staying on the top floor of the Taj Mahal
Hotel. At the end of the day, after all the hysteria, the maniacal coverage
by the hordes of TV reporters it was the newspapers which gave us a proper
picture of what was happening along with some expert views which helped us
to understand the gravity of the situation. If you went by the TV coverage
it was just another circus for them where the usual shrieking brigade which
plays to the gallery by taking to task the politicians, the security
agencies, neighbouring countries, etc had a field day – for four whole days.
Why do the police, the army and the NSG, which is very good at picking on
drivers in Delhi who stray into the path of VIP cars, not clear the TV
channels from the area of operations? In the Western world you will not find
TV reporters behaving like fish wives and sticking their microphones into
the faces of hostages just released, much less badgering the security
forces. The channels were so keen on providing coverage that they were
willing to risk the lives of their reporters.
Why is there no code of conduct for TV reporters? Surely, their performance
over the past decade has given us ample cause for concern? Why do the
channels not give their reporters some training? Instead we are subject to
unprofessional, unethical and insensitive reportage, forced to endure the
verbal diarrhoea of reporters who come across as extraordinarily banal. I am
aware that it is not easy to keep talking intelligently for more than three
minutes at a stretch so why go in for an exercise where one is talking
mindlessly for hours on end?
Besides, nowhere else in the world, not on CNN (incidentally their coverage
was the best in my opinion with a good mixture of analysis and news
coverage), BBC, AL Jazeera, Iran TV or whatever) will you find reporters and
anchors hectoring and castigating whoever they think deserves to be ticked
off. The liberties Indian TV news channels take with panellists, security
officials, politicians and viewers is simply appalling.
Unfortunately, it is the senior reporters/anchors who are the worst
offenders. We had one editor-in-chief who claimed friendship with one of the
unfortunate ATS top brass who were killed in Mumbai. And what does he tell
the world? That Ashok Kamte won a banana-eating contest in his college days!
Is there no sense of a time and place for such revelations? Is there no
sanctity for any of us even in death? Some of his interviews with those who
had managed to escape were unbelievably fatuous and inappropriate. "Did you
expect such a thing to happen here? (!) Do you plan to come back to India?"
God help us all.
Sanctimoniousness is sometime harder to stomach than plain stupidity.
Another editor who heads a rival channel and is fond of telling viewers how
moral his channel is and believes it is fine to hector those taking a
different stance was put in his place when two experts he had called in told
him all TV channels had played into the hands of the terrorists by their
nauseating and endless coverage of the hostage drama.
Yet another star, famous for her dangerous and witless reporting from the
trenches, put on a suitably grave expression verging on the tearful, but
turned out to be the most insensitive of them all. When she was not busy
sticking the mike into the faces of all and sundry, even relatives gathered
outside the Taj Mahal Hotel desperately waiting for some news of their
captive kin, she was yelling on camera to fellow reporters ("you shut up")
or badgering the security people. Last seen, she had brushed past protesting
policemen and paramedical staff at the Taj around noon today (Saturday 29)
when they had just begun to clear the bodies to show us the sights. "Look at
this window, look at the damage here" before she was chased off.
If TV channels cannot teach their employees how to conduct themselves like
professionals, we need to ask the government and the security agencies to do
so. This is not the best option but would seem justified in the
circumstances. The security agencies also need to be given a code of
conduct: where to keep the media in such situations (at a distance where
they cannot do damage to others and themselves) and who should be briefing
them and when.
One TV channel told an irate viewer who complained about the unprofessional
coverage of the terror strike that she had the option not to watch. Is that
the solution?
I hope this letter will provoke some introspection and some remedial action.
- Rajalakshmi

(A network of women who are related to media and who are working towards responsive, responsible and gender sensitive journalism.www.NWMINDIA.ORG )