It is not a good decision.
Please continue..
Your blog will help full to media persons & society. In the public interest you should continue to post. I hope you will do. 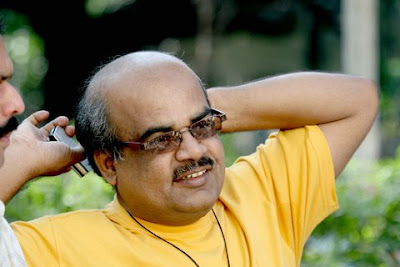 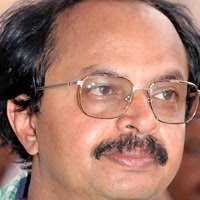 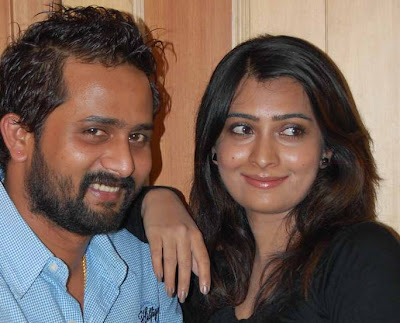 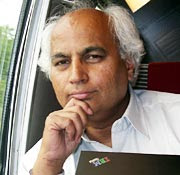 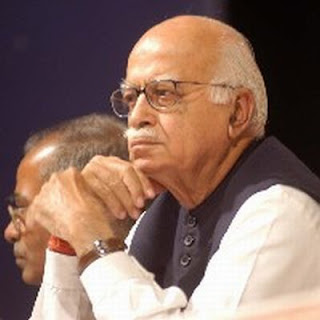 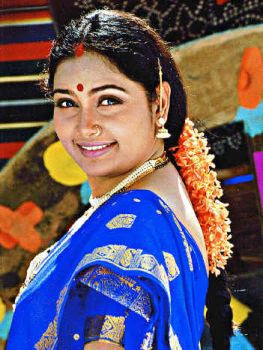 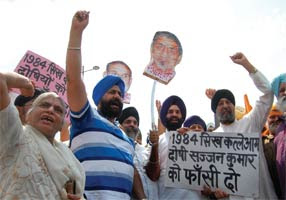 LINE was a dark, uncomfortable grey as I stood at the window of my office in Delhi’s Connaught Place area, watching plumes of thick smoke spiralling skywards. Word had spread that Indira Gandhi had been shot dead by her Sikh bodyguards and a motley crowd of angry protestors had started burning taxis. The phones rang incessantly, each call bringing news of an unfolding carnage.
One such call was from my father, an Indian Air Force officer. He had left his office in Lutyen’s Delhi, the political heart of the Capital, at about 7 pm as he did daily, but that day — 31 October, 1984 — the proud uniformed officer cowered in fear. He had tried making his way home on his Vespa scooter but by then, mobs had already started searching for anyone in a turban.
My father had discarded his turban and worn a helmet to reach home, an act that left a deep wound in his psyche. Another relative hid inside a water tank overnight, after being chased by a mob in South Extension, a posh Delhi locality. The tank water that November night was cold, but he trembled in sheer fright as he described how he ran for dear life.
But the next three days were about death. Every morning, I turned the key of a huge padlock — my family secure within the precincts of the house — and went about my job as a young reporter. I have lost count of the number of times my taxi was stopped by blood-lusting lumpens. They were looking for Sikhs everywhere, anywhere. Under the seat, inside the boot. Several times, they ordered the driver to open the petrol tank and thrusting a rubber pipe in, simply sucked petrol out, preparing for the next kill.
The streets of India’s political capital were littered with burning vehicles, burning houses, burning gurdwaras, burning men. Death was in naked display; turbaned Sikhs easy prey. For three days and nights bonfires raged as the mobs freely slaughtered. Helpless women and children sat around burnt corpses and wailed in Mongolpuri, in Palam, in Bhogal. Faceless colonies now etched in aff idavit after meaningless affidavit.
My father had discarded his turban and worn a helmet to reach home, an act that left a deep wound in his psyche
Police vehicles drove past hapless women in Mongol puri. We waved desperately for them to stop. Help us, help us, the women pleaded, looking in turns at us and the passing vehicle. Why were the cops not stopping? The women pointed us to a nallah, a drain running through Mongolpuri and adjacent Sultanpuri where burnt bodies had been dumped. ‘Stop, stop,’ the women and I screamed in unison when another police car drove by. It slowed for a moment as one of its occupants said, “Hamari duty khatam ho chukki hai.”
They were past their duty hour. So what if mobs were still on the rampage. So what if these widows knew the names of their husbands’ killers? So what if a young innocent, barely in her 20s, was holding her dead four-year-old son to her chest?
Everyone in Mongolpuri revealed the truth as they saw it — Sajjan Kumar, the Congress MP, had freely distributed kerosene bottles and hundred rupee notes, Sajjan Kumar’s men moved around with voters lists in their hands, Sajjan Kumar’s men first beat the men with iron rods, then forced them to cut their hair and then burnt them alive.
Revisiting 1984 is a painful memory; the denial of justice a second stab in the hearts of wretched survivors. 1984 is still about the dead and the living.
WRITER’S EMAILshammy@tehelka.com
Posted by suddimaatu at 10:57 AM 1 comment: 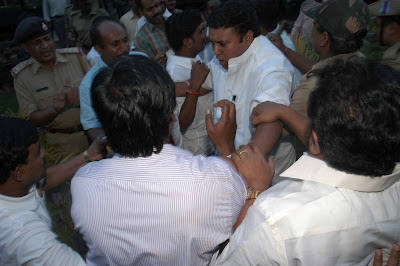 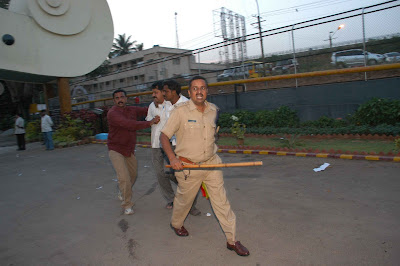 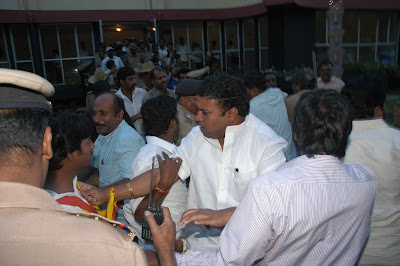 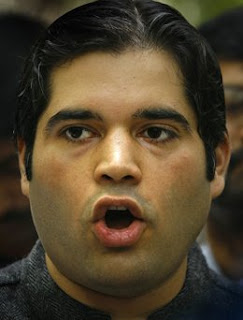 Posted by suddimaatu at 8:10 PM No comments: 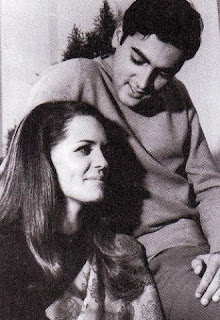 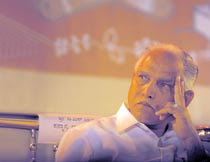 Nehru's Turning In His Grave 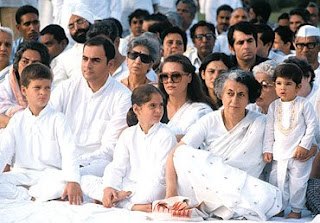 Why harp on Varun's lineage when he has abandoned its ideals?
Nayantara Sahgal
There's only one word for the speech that Varun Gandhi gave in Pilibhit last fortnight—disgraceful. It's horrifying that anybody could speak like that, doubly so when it happens to come from someone who is even remotely connected with the Nehru-Gandhi family. I say "remotely connected" with deliberation, because, while Varun is no doubt a fourth-generation descendant of the family, let us not forget that both he and his mother, Maneka, made an open break with the family.

Varun may have only been a toddler when Maneka severed her ties with the family, but he struck out just as irrevocably when he joined the BJP some five years ago. His break with the family and its ideals was just as decisive as his mother's. He owes his allegiance to the Bharatiya Janata Party (BJP) now, and his connection to the Nehru-Gandhi family is now completely irrelevant.Which is why I am a little surprised at the way the media has been reporting Varun's speech, constantly referring in the same breath to his Nehru connection.

The point is that Varun Gandhi is a member of the BJP. What else do you expect any member of the BJP to say? After all, the BJP is the party that has divided the country on the basis of religion. It's also the party that destroyed the Babri Masjid, the party whose role model is Narendra Modi, on the strength of a massacre in Gujarat. Varun now belongs in the camp that is taking India back to the Middle Ages.India has a long and ancient history that has demonstrated that Hinduism has an awe-inspiring resilience, which has enabled it to survive through the ages.

It does not need all these self-appointed guardians, like the BJP, the Shiv Sena—or any other kind of sena—to safeguard Hinduism. Parties like these are a danger to India. Not just Nehru, even Feroze Gandhi, Varun's grandfather, must be turning in his grave at some of the things he is saying.The difference between Varun and his cousins, Rahul and Priyanka, is that while they were nurtured on the family's secular ideals, he was simply not there. He may have kept up with his cousins and his aunt, Sonia, but having not been brought up within the family, he lost out on his family inheritance, both the ideology and the training.

I had my differences with Indira Gandhi, of course. But we were on the same side on many things, especially secularism. Whatever differences I had with her were because I was speaking and writing in defence of Nehru and what he stood for, and I felt the path she took was going ultimately towards the Emergency—which she herself recognised as a mistake. We were never in divergence on ideology, but on the fact that I felt she was departing from Nehru's own ideals.The Congress, whatever its sins, is dedicated to secularism and the unity of India. These religion-based parties aren't.

Priyanka and Rahul grew up with these ideals. Varun did not. So what if he bears the family name? Many people bear that name: it's neither here nor there. And if the BJP picked him because of his name, that's the BJP's problem, not the family's. I haven't seen Varun since he was a child. But to hear what he is saying now makes me very angry. Even if I were to meet him now, there is nothing I could say to him. He and I don't speak the same language.

There are two languages being spoken in India today: one is Hindutva, and this is finding its own defendants, like Varun and so many others. It's a language that should be severely condemned and punished so that it doesn't damage India any further. From what I have read in the papers, his inflammatory remarks have already led to small riots in Maharashtra. The Ayodhya issue is being raked up and some CDs called 'Ayodhya Chalo' are being circulated. The other language is secularism and peace and equal respect for all religions.That is the language I speak, and that is the language of the Congress. It would be interesting to know why Varun Gandhi has turned his back so squarely against everything his name stands for.
(Nayantara Sahgal is Jawaharlal Nehru's niece.) as told to Sheela Reddy. ಚಿತ್ರ, ಲೇಖನ - ಔಟಲುಕ್. 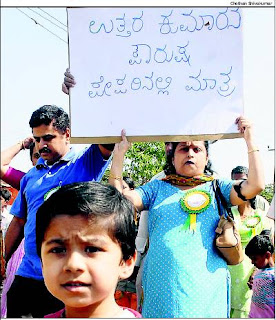 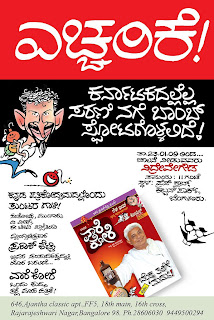